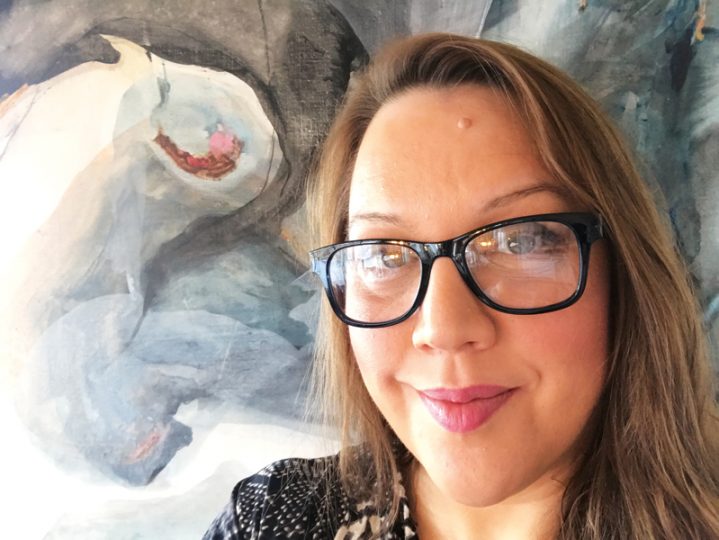 Getting to know Tone Finnanger

When it was time to start organising the 2020 Homespun block, we invited well-known Tilda owner and designer, Tone Finnanger, to design it using one of her newly released fabric lines

Featuring her whimsical and romantic style, Tone set about designing the BOM to be released over six issues of the magazine. In the next issue of Homespun we will release a ‘sneak peek’ of the gorgeous quilt you can make. Meanwhile, we share a little background about Tone’s creative journey.

Tone was born in 1973 and grew up in Oslo near Vigelandsparken, Norway. Her family is a mix of professionals and creatives; both her parents were doctors, her brother is an architect and her sister a lecturer. Tone studied art, graphic design and business establishment, and has previously worked as an interior decorator and illustrator. Her work has been presented in several group shows.

The need to be creative has always been present for Tone and has always been supported by her family and friends. Tone’s grandmother was a textile artist and she taught Tone her love of fabrics. “My grandmother’s cellar was full of fabrics that she had collected and we would sit together and make strange and unique fabric art,” she recalls. Tone is a self-taught seamstress, beginning to create and sew her own clothes in her teenage years.

In 1998 Tone inherited one of the family’s summer homes, a small cosy white wooden house on an idyllic island about two hours’ drive from Oslo. Before too long she chose to move there on a permanent basis. This made it easier for her to hone her craft, immersing herself in the world of creativity and focusing on developing her vision.

Tilda began as a children’s concept, with animation films and books. “Having grown up in the city, I wanted to build something around city children. I started to create stories and sewn characters,” says Tone. Meanwhile, she was making sewn models for a local craft and quilt shop and customers wanted to know if the projects were available in a book. “Eventually I went to a publisher with a bag full of sewn project and got two book contracts,” she says.

Shortly after, a meeting with the Swedish craft company Panduro Hobby resulted in the first Tilda collection. It consisted of a mere four products, but the first book had a record-high first-print number. Tone soon realised the products she had produced were popular and she could make a full-time career of the Tilda brand.

In 1999, that children’s concept, and her love of fabric and sewing, evolved into a fabric concept for adults — called Tilda. For the next 18 years, Panduro Hobby managed the manufacturing and distribution of Tilda products.

In 2017, Tone and her husband Torje took over the manufacturing and distribution under their company Tilda Fabrics. Located on a neighbouring island, Tilda Fabrics manufactures, distributes and markets Tilda around the world with the help of dedicated and talented employees. All Tilda products and patterns are designed by Tone.

Tilda is a cosy, sometimes comical and feminine world, with bright fabric designs and naïve figures as the main theme. We often think of the brand as a person who enjoys the moment, is whimsical and has a romantic outlook on life. Tilda doesn’t take herself too seriously; she is aware of developing trends, but it is important for her to stay true to her own personal style.

Tilda now offers a range of products such as fabrics, ribbons, buttons, kits and patterns. They release three to four new collections each year, with the main fabric collections consisting of 20 to 30 designs accompanied by several basic collections and matching haberdashery.

“We build a concept and lifestyle around each collection as we consider Tilda a lifestyle brand,” explains Torje. “This is a fun and natural way of working with the brand.”

Tone is proud to point out that in 2018, they released their 27th Tilda publication. “The books are very popular and continue to create a demand for all of our Tilda products around the world,” she says. “This has made it possible for a small Norwegian brand to become known worldwide.” The books have been translated into more than 20 different languages.