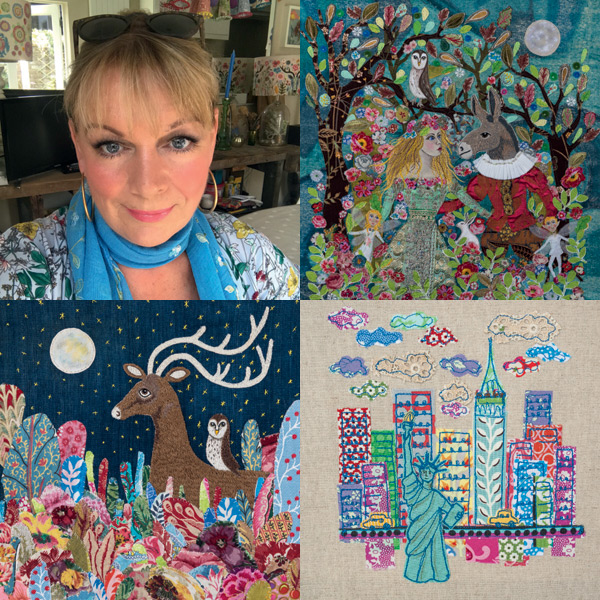 “Scenes that I see in my head are full of very colourful elements.”

If we say to you that Lucy Levenson’s fabric artworks are intoxicatingly lovely, there’s a good reason why – apart from the fact that they make your heart sing. They are produced in the cellar of an old English pub, just north of London. And if you look at the detail in her work, you’ll understand the root of that, too, since Lucy is has an eye for historic charm and a keen appreciation of atmosphere. 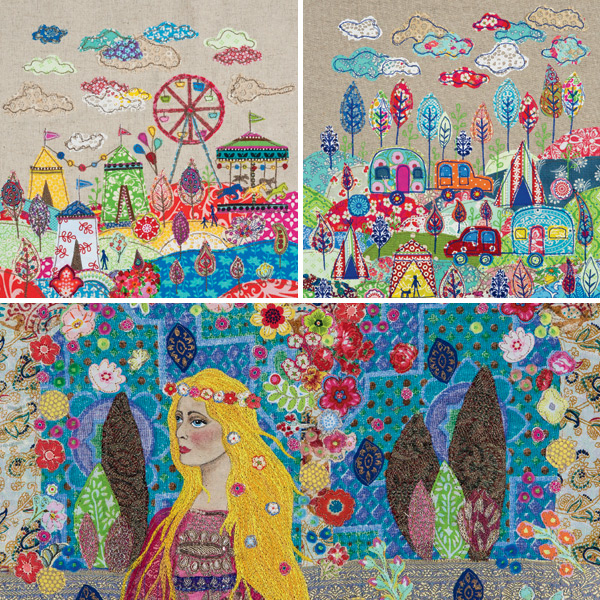 “My home is a converted Victorian pub,” she says. “It has lots of history, which I love. And my workshop is in the cellar, which used to house the barrels of beer. It’s all very quirky and still has lots of original features from when it was a pub – such as a hatch in the door through which women were served jugs of ale. My cellar workshop is a lovely place to hide and make a mess, away from the main living area. I even have a friendly ghost!”

What she also has are the ruins of a 1,000-year-old Norman castle at the end of her street and a quintessential English forest at the edge of town, which was used as a location for Harry Potter films. Don’t you just want to pack up your bags and move there immediately?

Make your child the envy of all their friends with this deer softie pattern!

But to track back to before textile pictures were on tap instead of beer … Lucy was a magazine photographer for many years, travelling the world on assignments. “I photographed world leaders and famous people and also covered Princess Diana on a few royal tours. Funnily enough, I worked a lot with Australian magazines.”

As it happens, misfortune changed all that and set Lucy on a new path that would lead to her current success. When her daughter was seriously ill in hospital, she took to sewing at her bedside to calm herself and to act as a distraction from the anxiety. By 2010, she had mastered her artistry well enough to start selling her works, which she describes as “fabric pictures made in a contemporary folk style”. She uses a mixture of vintage-fabric appliqué, embroidery and painting and combines hand and machine stitching to create the effects she is after.

“I go off into my own little magical world of fantasy,” Lucy says. “Images of colours pop into my head, and time doesn’t exist as I translate these into images. It is like having a warm hug of colour envelop me and feed my soul. My favourite part is when I start cutting out the fabrics and playing around with the picture and the colours. It is lovely to see it all come together.” 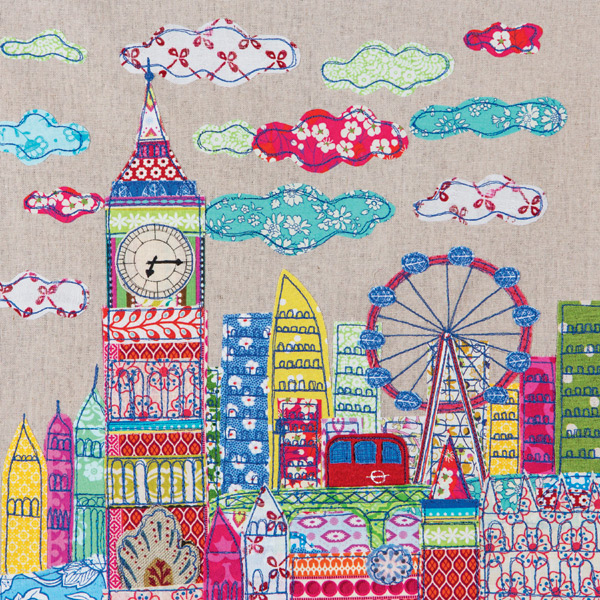 She’s clearly on the right track, because her work gets snapped up pretty quickly, and she has built a substantial fan base over the years, getting lots of international support for her creativity.  “I find it incredible when I post something and get comments straight away, from around the globe,” says Lucy. “People tell me that my story is an inspiration to them. It is so nice when someone tells you that seeing your work has cheered them up on a bad day when one of my pictures pops up on their social media.”

Or gets splashed across the pages of Homespun!