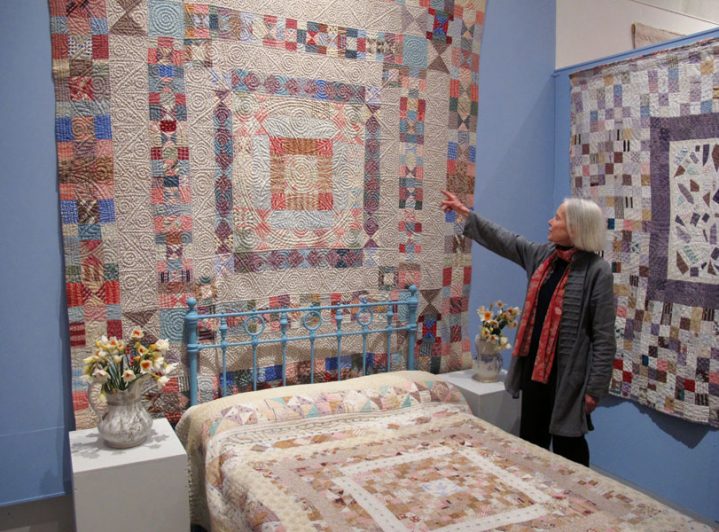 Many of us use one end of the dining table for our quiltmaking. Others have been able to move into a spare bedroom once the children have grown up and left home. And the very fortunate have space in their homes for a purpose-built, dedicated, professional-quality studio. There are very few, however, who have not only a home filled with quilts, but an entire gallery space in which to house, display and exhibit their quilt collection. Jen Jones is one of those. She has become renowned for her superb collection of antique Welsh quilts and for playing a very significant role in the revival of interest in them in recent decades. 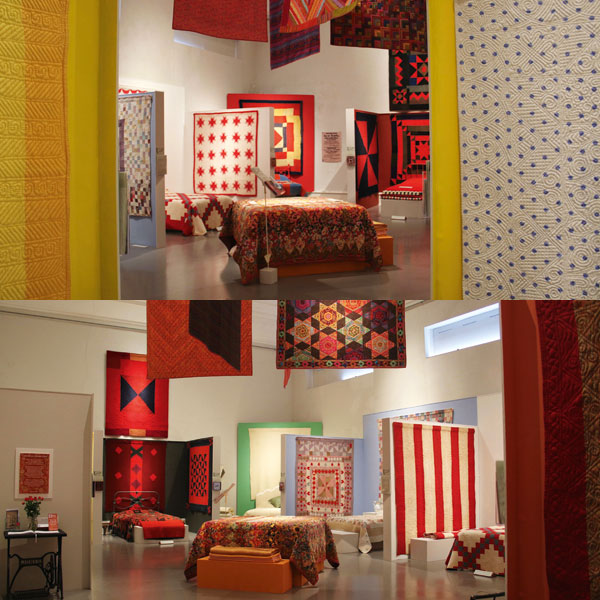 Jen lived in a number of different countries during her childhood, with her family based in Massachusetts, and only moved to Wales as an adult in 1971. There she met husband Roger Clive-Powell, a conservation architect specialising in the repair and sensitive alteration of old buildings. Together they restored and converted a cowshed into a family home, adding an extension in the style of an American barn. In a press interview in 2011, Jen said, “Roger loves space and I love to fill space, so we meet in the middle. Quilts and blankets do for me what pictures do for others. I love the blast of colour and pattern. They have a great acoustic benefit as well, taking the echo out of a room.” They add warmth too, and Jen used cosy blankets on chairs and made all her curtains from blankets for their texture and insulation. 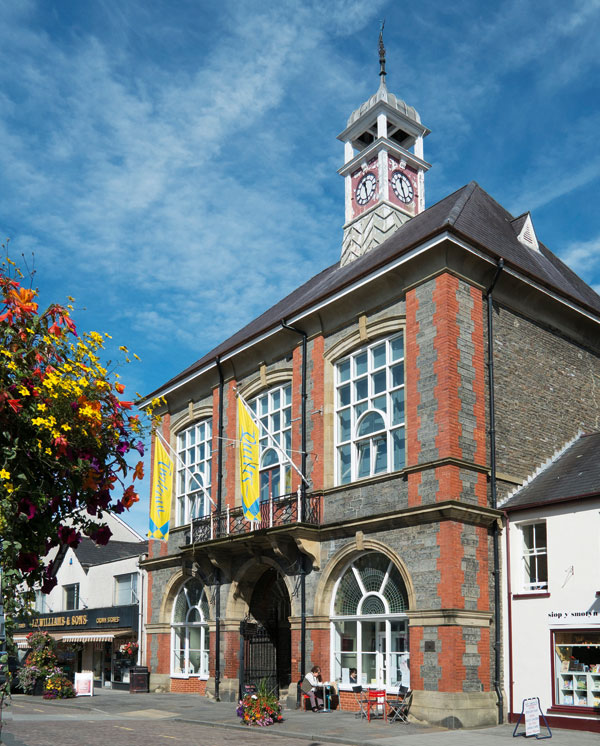 Over the years, Jen has developed an avid interest and growing expertise in the tradition of Welsh quilting — a tradition that had virtually died out by the time she arrived in Wales. She has bought and sold literally hundreds of quilts while quietly assembling a personal collection she believes to be truly representative of the whole spectrum of Welsh quilting. Interestingly, she doesn’t sew or quilt and has no formal textile training, having learned everything she knows about quilts by studying them and consulting experts. Each quilt she acquires is hand-washed, before being stored in a temperature-controlled environment in individual drawers to keep them safe from moths, mice and rats.

She has authored three books: Welsh Quilts, first published in 1997; Les Quilts Gallois/Welsh Quilts, published in 2005; and Welsh Quilts — New Expanded Edition, published in 2016. These books have provided the world with an authoritative guide to the history and art of the quilt in Wales, exploring quilting and blanket-making in the country from its origins through to its peak period from 1870 until WWII, when wholecloth, frame-made quilts became the standard for which the country was famous. Jen has also written for many magazines, lectured widely and appeared on television and radio. 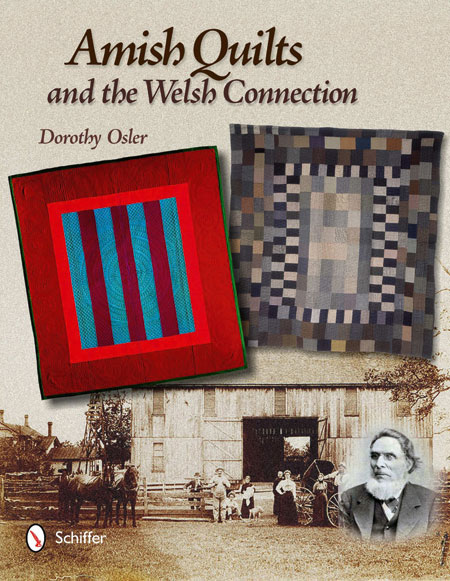 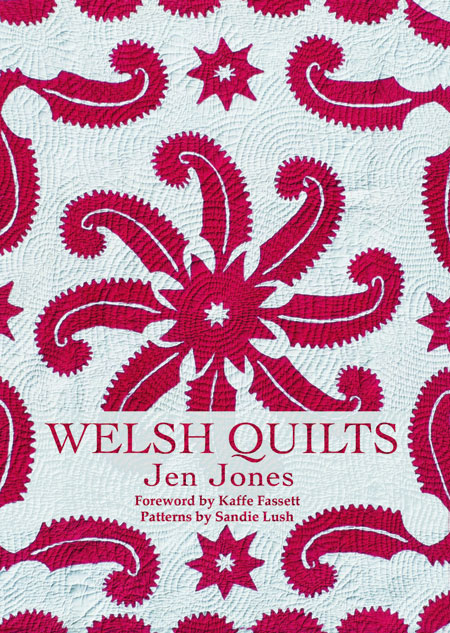 The farm cottage across the courtyard from her home, which was built in 1753, became Jen’s shop more than 30 years ago. Among other items, including bundles of antique fabric scraps, books, shawls and blankets, the shop makes it possible for customers to purchase antique quilts that Jen has selected because she believes them to be particularly collectable. There are typically about 200 for sale at any one time.

Jen also realised a goal to establish a Centre of Excellence to celebrate Welsh quiltmaking, which serves as an archive of the craft and promotes a wider awareness and understanding of it. After the couple purchased the almost-derelict Lampeter Town Hall, Roger took on the responsibility of renovating it and on July 31, 2009, it was opened as The Welsh Quilt Centre, housing many pieces from Jen’s collection. The Centre also created an annual feature exhibition from 2009 until 2018. The inaugural exhibition featured the bold geometric flannel patchwork of Wales, which strongly influenced Amish quiltmaking in Pennsylvania. Three years later, inspired by the publication of Dorothy Osler’s book, Amish Quilts and the Welsh Connection, the Centre’s exhibition showed quilts from the collections of the American Museum in Bath, the Ceredigion Museum, the National Museum Wales and, again, Jen’s personal collection, enabling visitors to see and compare pieces from these two quiltmaking communities.

In 2013, Kaffe Fassett was the featured artist. His bold, dynamic quilts were suspended from the ceiling while intricately stitched, single-colour antique Welsh wholecloth quilts were hung on the walls in a contrast of traditional and modern. In 2018, the Centre staged what was then planned to be its last exhibition. Nos da Goodnight! was a retrospective of the exhibitions of the previous 10 years, with works on display dating from the early 19th to the mid-20th century. Early utilitarian flannel quilts were hung alongside paisley, wholecloth and patchwork Welsh quilts. The good news is that those plans changed and a new exhibition, entitled The Magical Quilts of Wales, was organised for this year. It had to be postponed due to the global pandemic and will instead open in 2021. Patchwork, wholecloth and appliqué quilts from Jen’s private collection will be on show, including some that have never been exhibited before.

For more information about Jen Jones, her shop and the Welsh Quilt Centre, visit www.jen-jones.com and www.welshquilts.com

How To Quilting Sewing