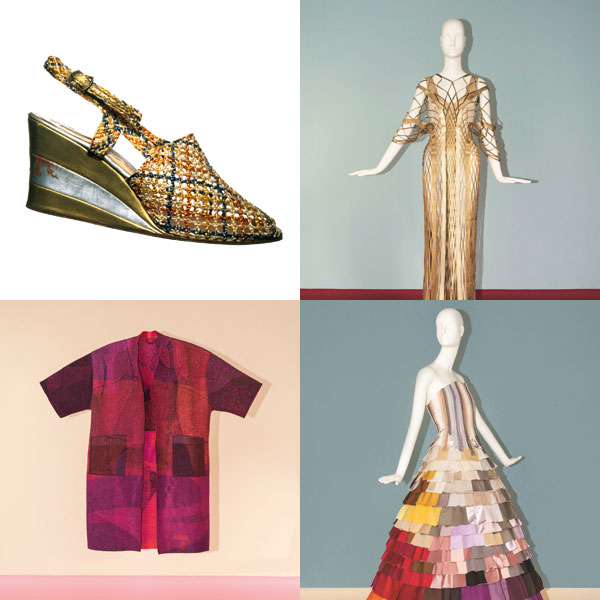 December 16, 2019 by Deborah Segaert No Comments

Europe offers immensely rich and ancient history. If we were to travel there with only the intention of visiting the museums rich in textile history, we would have to travel long distances and it would take many days. Instead, let’s go on an armchair journey right now and enjoy some of the marvellous textiles in the museums of Italy and France

When travelling to other countries, we seek out many aspects of the places we choose to visit — history, culture, art, modern marvels, architecture and so much more. Just wandering around a new city is an amazing experience, let alone delving into what makes that country or city unique.

(Museum of Fashion and Costume)

The Pitti Palace is currently home to four different museums: Treasure of the Grand Dukes on the ground floor, the Royal and Imperial Apartments occupy the 14 ceremonial rooms on the first floor, and the Gallery of Modern Art and the Museum of Fashion and Costume are on the second floor.

Founded in 1983, the collection contains 6000 items from the 16th to the 20th centuries, including fashion, theatre costumes and accessories. There are not many museums that focus on the history of fashion in Italy, and this museum, situated in one of the world’s most famous cities for fashion, is considered one of most important in the world.

The selection on display is exhibited in rotation every two years, along with temporary exhibits. The highlights here include the funerial clothing of Grand Duke Cosimo I de’ Medici and his wife Eleanor of Toledo, and a reconstructed version of the dress she wore in her portrait by Bronzino. 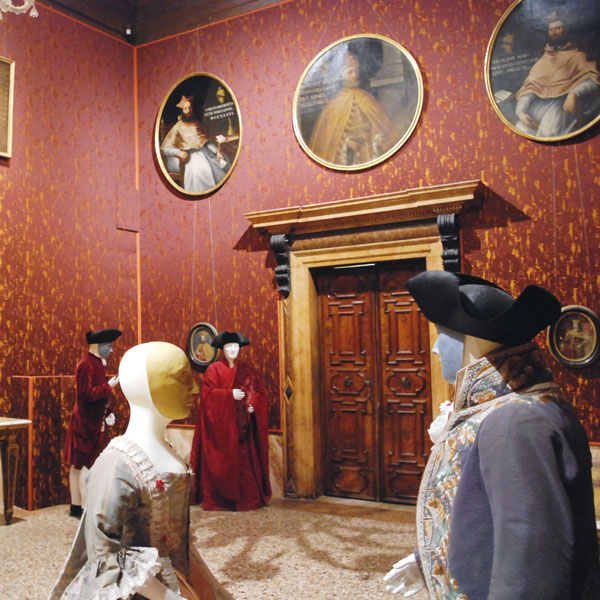 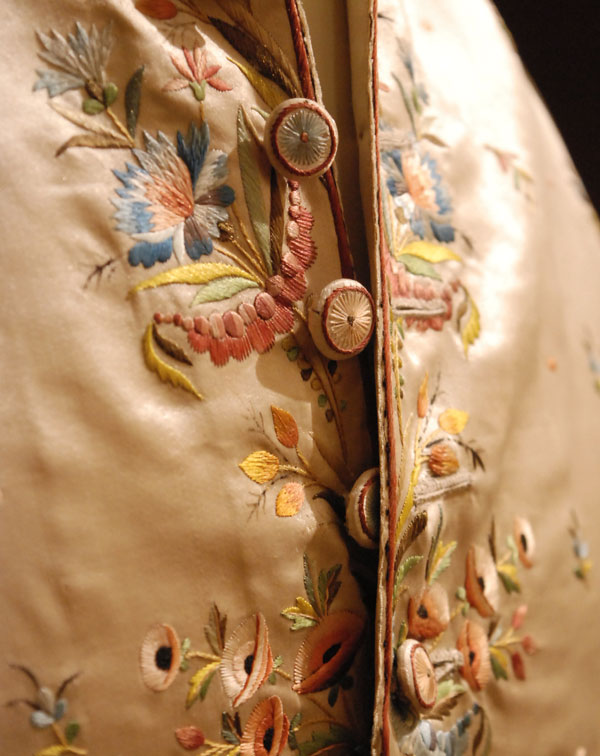 (Centre for the History of Textiles and Costume)

Everything about Venice is enchanting, and this museum’s exhibits are no exception. The rich collection of textiles and costumes are mostly focused on the 18th century. The museum includes a library specialising in the history of fabrics, costumes and fashion. Highlighting the skill of Venice’s artisans of the time, the museum also has a new section devoted to perfume. Although we are visiting museums on this journey, a stop at the nearby weaving studio, Tessitura Luigi Bevilacqua, is a must. Here they still use 18th-century looms to produce exquisite velvets, brocades and damasks, many of which are commissioned by royal palaces around the world. 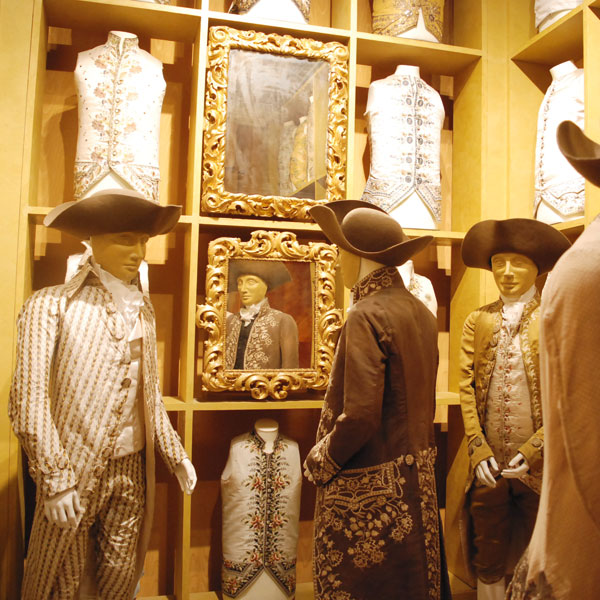 Shoes? Clearly not a textile item, but oh-so interesting to the shoe lovers among us. This collection is dedicated to the life and work of Italian shoe designer Salvatore Ferragamo. The museum contains 10,000 shoes created between 1920 and 1960. Since Ferragamo’s death, the collection has been expanded by his widow and children.

This museum is housed in the Palazzo Pesaro Orfei, known now as Palazzo Fortuny, where atelier Mariano Fortuny (1871–1949) had a studio in the late-19th century, and lived in from 1902 until his death.

The building is an imposing Gothic-style palace built by the Pesaro family in the second half of the 15th century. It is characterised by a facade marked by ogee-arched windows, and for the monumental halls on the first and second floor, each of which is 43m (141ft) long. The palazzo was transformed by Mariano Fortuny into his own atelier of photography, stage design, textile design and painting. The building retains the rooms and structures created by Fortuny, together with tapestries and collections.

When Fortuny established his studio in the large attic room of the palazzo in 1898, the building was in a state of degradation and decay. Over the years he acquired other parts of the building, and as people left, he freed the apartments, rearranged the rooms and brought back balance and proportion.

The collections of clothes, fabrics, prints, materials and ornamental clothes are an overview of Fortuny’s work with fabrics and fashion design; he was famous for taking ornamental motifs and reinterpreting them in a modern decorative style. Fortuny drew decorative inspiration from prized Renaissance-era velvets and from fabrics from exotic cultures. You will find examples of these lush designs in wallhangings, paintings, and the famous diffuser lamps he invented. The Fortuny Museum was donated to the city in 1956 by Henriette, his widow.

The city of Prato in the Tuscany region is renowned for its relationship with textiles. The Textile Museum there is a testament to its 800-year-old history and its international reputation. It’s also a place where one can learn more about the culture of textile production.

Everyone who is passionate about fashion and textiles will enjoy the history of textile art that is to be found here. With approximately 6000 pieces in the collection, the highlights are the archaeological pre-Colombian textiles, sacred textiles, embroidered textiles from Italy and Europe, ethnic dress and textiles from India, Indonesia, Yemen, Central and South America, China and Japan, clothing and accessories, textile machines, fashion figures and antique books. The audio guide for the early exhibits is recommended for the medieval vestments and embroidery from the 15th to 20th centuries.

Many say that the piece de resistance is the collection of old fabrics and costumes, with exhibitions illustrating both technological progress over the centuries and the social history of weaving. 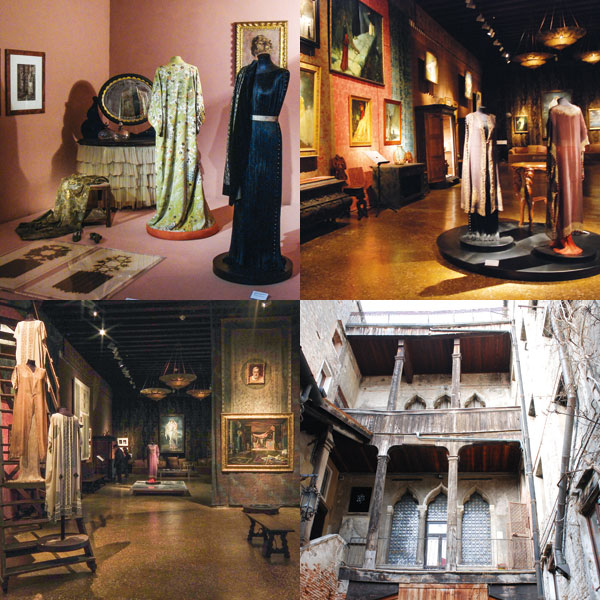 Lyon’s history of silk making began on the banks of the Saône River during the Renaissance of the late-15th and early-16th centuries. In 1540, King François boosted Lyon’s silk business by granting the city a monopoly on raw silk imports to France. Joseph Marie Jacquard, who invented the ‘Jacquard loom’, was a resident of Lyon.

Housed in two historic mansions, the museum was founded in 1864 when representatives of the Lyon silk industry attended the London World Expo and returned with the idea to establish a museum. Today the museum holds one of the largest collections of textiles in the world, with approximately 2.5 million items from the last 4000 years.

The collection comes from around the world and covers various methods and techniques of textile production. In addition, there are majolica tiles, tapestries, jewellery, sculptures, paintings, furniture, traditional costumes and historic costumes. The Textile Museum’s collection of costumes is particularly impressive, with more than 2000 items from the Middle Ages to present day.

The Museum of Decorative Arts offers impressive rooms dressed in period furniture, revealing the ostentation and wealth of the French and Lyon people through the 18th, 19th and early-20th centuries. The fabrics on display on the furniture, walls and curtains of the mansion are amazing. Unfortunately, the explanations of the pieces are mostly in French, with little or no translation in English.

The displays of fashion and textiles draw from collections of works representing the history of costume from the French Regency period to the present (16,000 costumes and 35,000 fashion accessories), and textiles from the seventh century onwards (30,000 works), as well as examples of interior design, furniture, objets d’arts, wallpaper, tapestry, ceramic art, glassware, and toys from the Middle Ages to the present. All in all, an amazing collection that covers all aspects. The Musée des Arts Décoratifs has the world’s largest fashion and textile exhibition space — more than 1500m squared.

There is much documented about the Bayeux Tapestry — in many mediums, but seeing it in real life at the museum is an enthralling experience. Here you will find lots to connect you to the history of the conquest of England by William the Conqueror, as well as how and why the tapestry was made, and for whom.

The Bayeux Tapestry is presented in a dark gallery, suspended behind glass upon a back-lit central stand. You will receive an audio guide with the entrance fee that features 16 languages, including a child version in French and English. There is a 3D relief scene for the visually-impaired audience. The museum also holds a permanent exhibition evoking the secrets of the tapestry’s creation, its historical context and the Anglo-Norman kingdom of the 11th century. On the second floor, the projection of a 16-minute film, alternately in French and English, presents real scenes of reconstruction of the Battle of Hastings.

A visit here will take about 11/2 hours. Be warned: no comment or oral guidance in the exhibition gallery — shhhh.

Travelrite offers a number of patchwork quilting tours led by Australian quilter Michelle Marvig to destinations throughout Europe. Check out page 138 for more information or visit the website: www.travelrite.com.au/patchwork-quilting-tours.html