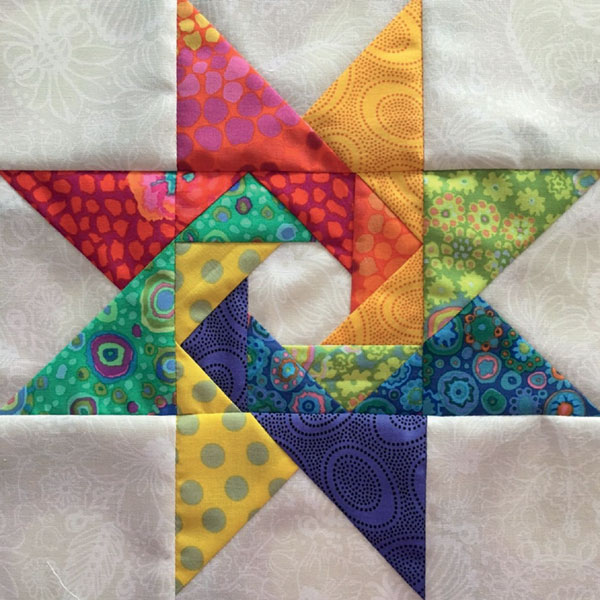 Designing your own quilts is so much fun; searching the internet for inspiration for a quilt design or block that you’d like to use, even more so. But what do you do when you can’t find a tutorial or pattern for your chosen block?

Don’t worry — you can draft your own quilt blocks. It’s easier than you think, so today I’m going to give you a step-by-step guide to draft your own blocks.

First we need to decide how you’re going to draw up your block. If you’re going ‘old school’, a notepad that is ruled up with a grid is really handy. If you’re comfortable with your computer, there is some brilliant software around that can really save you a tonne of time. You only need some paper, a pencil and an eraser.

I tend to go back and forth; I’ll use paper and pencil to draw up my idea or inspiration block, then I’ll go to my computer and create the final version there. Having my designs in the computer makes it easy to resize them to any size imaginable, but more on that later.

When I was designing my Slow and Steady quilt, I was searching for ideas and stumbled upon the Wings of Eagles block. This block really spoke to me, so I knew it had to be in my quilt. 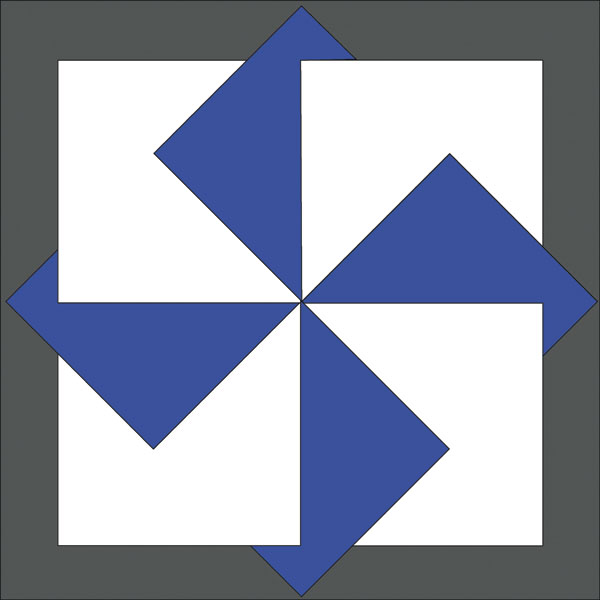 Once you’ve chosen your block, you need to choose what size the finished block will be. I like to draw up a square on my graph paper in the ‘finished block size’. I chose to make my block 8in. Having the finished block size is really important at this stage; you don’t want to include seam allowances yet because it will throw off the measurements of the block. Trust me, it will just confuse you, so don’t worry about your seams just yet.

Next up we need to break up the block into the smallest blocks possible. I like to look at a block and see if it’s possible to make it into a one-, four- or nine-patch. Let’s look at a few blocks and I’ll show you what I mean.

This flying geese block can’t be broken down easily, so I would call this a one-patch.

Even though the blocks aren’t even in size, by this I mean the centre block is bigger than all the others, this block can still be broken up into a nine-patch.

When we go back and look at the Wings of Eagles block, the simplest way to break it up is into a four-patch.

So I would draw in the four-patch shape to my drawing. I chose to make my block 8in because it’s much easier to break up my block if the pieces are in even increments. Therefore the 8in block will be broken down into four 4in squares.

Once the four-patch is drawn in, it’s time to add in the details. When you really look at this block there’s an optical illusion — it looks like there are two squares overlapping each other, so I would draw them in next. The first square is the white one; I drew it up by creating a ‘border’ around the block. I didn’t want it to take over, so I made it just 1in wide.

Adding the second square is easy; we just draw a square ‘on point’. I used the centre points to add in my second square.

The final pieces we need to draw in are the pieces that will create the pinwheel effect. To do this, all we need to do is add in two diagonal lines from corner to corner.

Now that we have all the basic lines drawn in, I like to colour in the light, medium and dark sections. That helps me see which of the lines I need and which can be erased. Erase those extra lines and you’re pretty much done!

Now that we have our block ‘drafted’, you may have realised that each four-patch is actually exactly the same block — it’s just rotated to create the finished effect. So when we are creating pattern pieces or templates, we just need to worry about one of the squares.

The final thing to do is to add in your seam allowance to each of the shapes.

When I made my block I chose to foundation paper piece it, so I didn’t need to worry about adding seams to each piece as that was done during construction. However, if you want to piece it in the regular way, you would trace each shape onto template plastic and make sure to add in your seam allowances to each and every shape.

When it comes to resizing your finished block, there are a few different ways of doing that. There is a fantastic tool called the Quilters Assistant Proportional Scale — it’s very affordable at under $15 and it tells you how much you need to enlarge or reduce your drawing on a photocopier to get the right size. Another really easy way of doing it is with quilting-specific computer software. If you’re keen to create your own designs or you want to see what your quilt will look like before you sew a stitch, I would suggest looking at some software. The most widely respected is Electric Quilt 8 or EQ8 Software. It is arguably the best quilting-specific software in the world and makes drafting a breeze!

If you’d like to have a go at putting together the Wings of Eagles block, I have a full video tutorial on my Slow and Steady Quilt Along website. https://paulastorm.wixsite.com/sasqa

I hope you have fun drafting your own blocks!

Tutorial: How to frame hand-embroidery