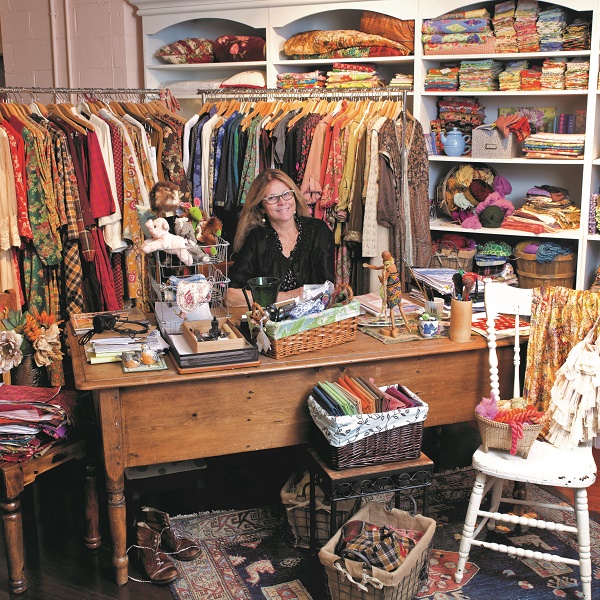 In The Studio With Designer April Cornell

Tricks learned from dealing in international design found their way into APRIL CORNELL’s studio styling, so that her surroundings become an unconscious extension of the products she was creating and selling. 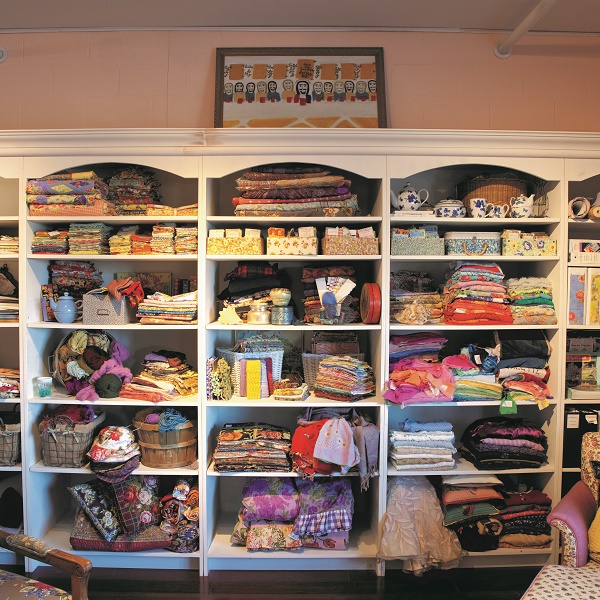 Melodramatic operas and novels tell us that artists and designers need to suffer for their talents in draughty garrets – struggling to be noticed, enslaved in their poverty. It’s ’sposed to be noble or romantic or some such, but what’s so noble about never having a chance to bring your ideas to public attention? Or about desolation and destitution, for that matter?

April Cornell had grander plans and proved that the path to design success is a matter of going global and making a big noise about what you’ve got to offer. And maybe painting your industrial studio bright pink, just in case there’s the odd person out there who hasn’t noticed you! And from that gutsy approach, she’s not only built a multi-million-dollar, design-business empire, while simulataneously devoting her life to creative pursuits.

Her starting point was stepping out from her then home base of Montreal, Canada. To her native Franco/Anglo background, she injected inspiration and business acumen gleaned from Afghanistan, Russia, Uzbekistan and India before relocating to the USA, in order to tap into that huge market. “It was via Afghanistan that the business began. I travelled there in the 1970s, buying nomadic Koochi dresses made from Russian chintzes, old Uzbek embroideries, woollen shawls, cotton kilims and silk ikat chapans,” says April. “The world of the East was so colourful and different, I fell in love with it all. And then I started to create my own styles and patterns.” The Eastern textiles and carpets she slowly altered to suit Western tastes. 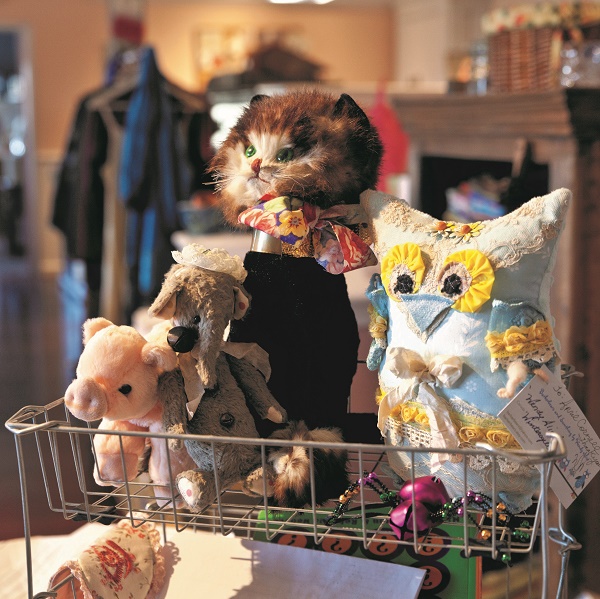 “Really, the business part was learned negotiating with Afghans over the price of a carpet and with many cups of chai. We had little money, lots of interest and motivation – it never occurred to me that we couldn’t do what we were doing. I don’t think I thought much about failing.

The artistic side of things are simply part of April’s makeup. From as far back as she can remember, she loved painting and drawing, and her passion morphed into designing fabrics, clothing – “Just about anything, actually, from cups and plates to bed frames and tables and jewellery boxes and buttons. Designing just feeds on itself. Once you’re in its flow – it’s grasp – you can do anything.”

It’s 40 years now, and her eponymous company is still going strong, wholesaling, retailing and selling her clothing, linens and household accessories online, in shops and through catalogues. At one point, April Cornell operated 100 retail outlets and, today, she’s also licensing her designs to other companies, such as Westminster, for quilting fabrics. Her massive archive of prints stretches back decades.

Katrina Hadjimichael’s Jelly Friends quilt will help you use up your precut fabrics in no time.

So let’s crawl out of those dismal attics and waltz into April’s US office, to appreciate her work and her creative surroundings. You can find her and her family (her three sons work for the company) and colleagues in a big pink office in a small Vermont college town on Lake Champlain. The premises are nestled in a hillside, overlooking a lake. The pink you see on the outside is just the beginning of the exuberant use of colour. All up, you’ll find pink and yellow and green and white – “Our product is colourful and feminine and joyful, and the old industrial building was run down and rather grim. The multi colours livened it up and made it stand out in a very happy, upbeat way,” says April.

The success that April has earned is due in no small part to her daily surroundings. For her, making the working environment comfortable and “artful” is imperative. “It is so important! Whatever my environment, I immediately start to organise it towards beauty or peacefulness. I love to be surrounded by beautiful things. The shape, the colours, the form; my eye rests on different items, flowing from one to the other. Scraps of things are the kernels of ideas and art – photos that take me somewhere. It’s disturbing to my equilibrium if artificial things are about – plastic, ugly colours. That’s just torture. I have to move them.” 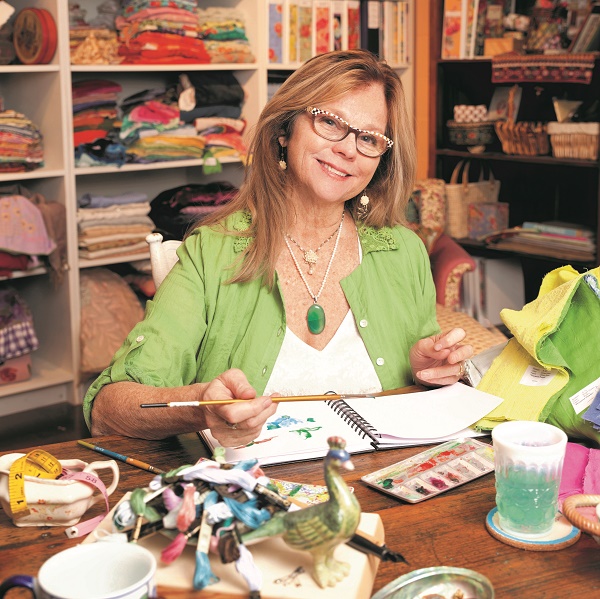 But her work space is not conspicuously ‘fashioned’ … it is a natural extension of April’s personal style and her commonsense working perspective. “All of our colourful stuff floods the place and adds to the overall look. It’s a working environment. Photo shoots, line reviews, all move in and out of the space,” she says. “It’s joyful and artistic, but not formal. It’s comfortable. Eclectic. East meets West. I have a lot of stuff around, and I like looking at it. It takes me somewhere.”

April sees the scheme as a workplace living room, with armchairs, rustic tables, comfy sofas and windows with a view, which all add to its casual, welcoming appeal. But it’s colour that sets the decorative pace and anchors the whole aesthetic.

“You can transform anything with colour,” she says. “Nature gives the lead, and I follow. If I run out of ideas, I just look around; it’s all there for the picking. I love shapes and forms that are organic, that have an inner vitality. I’m not into a graphic style. I always want to see the heartbeat within. More, not less. All the layers compressed into line, into an expanding colour. Look into a flower or a leaf, a tree – and there is more and more mystery, more and more to see and understand, but it’s also simply a flower, a leaf, a spot of green, a twist of red. That’s what I want to capture. Both the simplicity and the complexity.”

There must be something to her theories, because April has been smoothly operating her design business for four decades, and she’s still going strong. “You’re lucky if you can find work that includes art and creativity and be able to share it with a larger audience. It’s pretty unusual for art and business to marry up, but ours does. Now when I look at how much we did, I think, wow – that’s impressive. People have been asking me what my exit plan is for 25 years. I’m still figuring it out!”