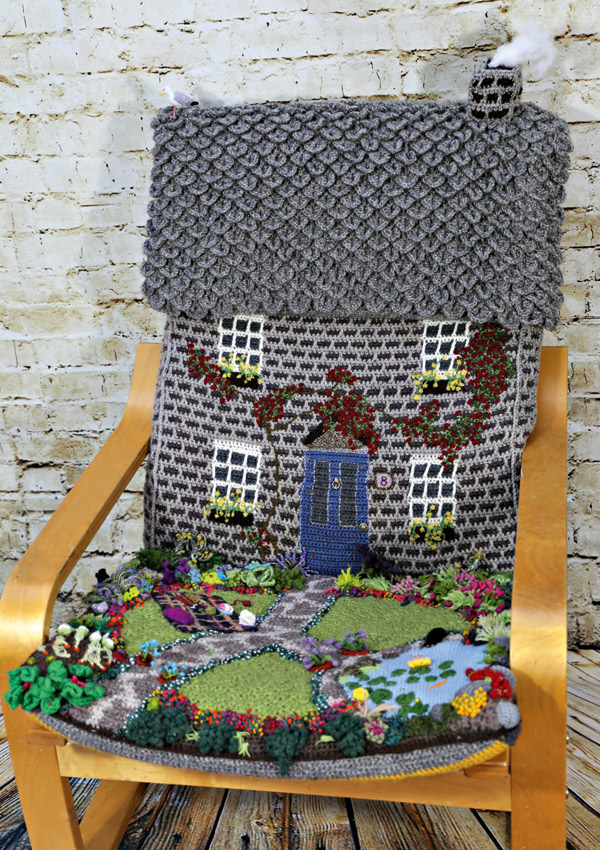 Phil Saul and the Renovation of a Tired, Old Chair

Once upon a time (an embarrassingly long time ago), Phil Saul lived alone in a flat in Oxford. The young psychologist loved her home very much and was happy there, but didn’t have much spare cash. Not being able to afford an antique overstuffed armchair on castors, she went to Ikea, where she bought a Poäng chair. By Phil Saul.

The chair served her well over the years and was sat in without obvious complaint by a long succession of friends, family and a couple of boyfriends.

Eventually, Phil Saul moved out of her lovely flat and got married. The chair came, too. (Well, it didn’t come to the actual wedding: she didn’t love it that much.) Her husband grew fond of the chair, which was fortunate because, for his bride, it was pretty much a case of ‘Love me, love my chair’. But the Stoic Spouse understood that, and all was well.

The chair accompanied the not-quite-so-young-now couple through a succession of house moves, before coming to rest in their long-term home. And still, the faithful chair accommodated bottoms of all shapes and sizes, with almost no complaint apart from the occasional creak.

Make your own Crochet-Joined Fabric Blanket

By now, the definitely-left-their-youth-behind-some-time-ago couple had two small children. The chair had accepted its fate of being climbed on and used as part of a den.

Which brings us up to about a year ago. After so many years of loyal service, the chair was understandably looking the tiniest bit shabby around its edges. So, like many things in the house – including the building itself – it fell victim to yarn-bombing. Frankly, anything in this house that’s not moving is vulnerable to being yarn-bombed. That’s why guests don’t tend to stay very long.

The let’s-face-it-middle-aged-now psychologist had once designed a crochet bag shaped like a cottage. In a moment when reason abandoned her, Phil Saul decided that it would be a good idea to make a larger-scale version to cover the chair. There was probably wine involved in this ridiculous impulse.

So she set about crocheting the cottage and also a garden that would form the seat of the chair. (There were a few knitted bits, too, such as the pond and the picnic blanket.) And when her hooks and knitting needles weren’t up to the job, she picked up her darning needle and embroidered flowers and leaves and little rows of vegetables and a pigeon and a door-knocker and…

This work took some time. She has no idea how many hundreds (thousands?) of hours have gone into this chair cover. Then one day, she was busy attaching a small embroidered seagull to the roof of the cottage. She fixed its feet in place, wove in the ends and then realized …

Not just the seagull (which had been fiddly enough – do you know how hard it is to capture the essence of seagull in yarn?) but the whole thing. Done. Finished. Complete.

She stood back to look at her work, and she thought, “That, my friends, is completely and utterly bonkers. I shall not be making another.”

Just a chair … that Phil Saul spent a year crocheting all over.

Goodness knows how much each tiny weeny little yarny stitch weighs, but the fact that the cover alone (minus cushion) weighs 2.5 kg (5lb, 6oz) should give you an idea of just how many stitches went into this beast. Quite possibly over a million.

But what he doesn’t yet know is that, in the divorce settlement, the psychologist shall make sure that the only piece of seating he ends up with is this chair so he will have to sit in it!

The end. (We’re not really getting a divorce, by the way.)

Get to know Phil Saul

Getting to know designer Cindy Steiler